Researchers from RGU are heading to Brussels this week to present their findings on how new transparency legislation for extractive industries has been implemented across the EU. The research will be presented at a roundtable discussion, being hosted by Transparency International EU on Wednesday 25 April, with representatives from high-profile NGOs and multinational extractive companies all in attendance.

The invitees will discuss the current state of the EU’s transparency legislation – Chapter 10 of the Accounting Directive and Article 6 of the Transparency Directive – which requires large listed extractive companies to report payments they make to governments on a country-by-country basis.

The legislation aims to make information about payments more transparent and available to citizens, in order to increase their ability to hold their governments and the extractive companies to account and to address the phenomenon known as the “Resource Curse”.

This term was coined to describe the situation where many of the world’s developing countries possess large reserves of highly valuable natural resources and yet socio-economic conditions for the citizens of these countries show little signs of improvement, and in fact may decline, as these resources are developed and exploited.

Professor Louise Crawford and Martyn Gordon from RGU’s Aberdeen Business School worked with Professor Jim Haslam and Dr Eleni Chatzivgeri, from the Universities of Sheffield and Westminster respectively, to explore the development and early operation of the UK’s interpretation of the law, in a piece of research commissioned by Publish What You Pay (PWYP). 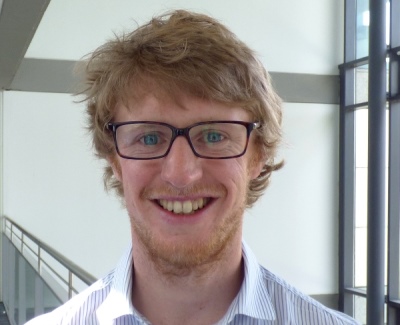 Having published this research last year, including several recommendations of companies, civil society advocates and governments, the team expanded their study to examine the legislation’s implementation in 28 EU countries.

Professor Louise Crawford, who co-led the research team, said: “Our original research generated a number of recommendations for the UK sector, including introducing assurance reporting and reconciling transparency disclosures to the audited annual accounts of reporting entities.

“Mandatory transparency disclosures make clearer the socio-economic impact of extractive activities on resource-rich countries, allowing the public and civil society to hold their governments to account for revenues received in return for oil, gas and mineral extraction.”

Martyn Gordon, also from RGU, added: “This legislation has the potential to positively impact some of the poorest citizens in the world, who as yet have had no benefit or have been adversely affected by the exploitation of their countries resources.

“The mandatory publication of this data is a great step forward but further action and cooperation is needed from industry, governments and civil society to ensure that the rules are improved to produce data which is useable and published in a fully transparent and well governed process that will ensure it is fit for purpose. We hope our research can help to aid this process”

Find out more and download the team's original report on the UK implementation of the legislation.