Robert Gordon University (RGU) is celebrating International Women’s Day with the launch of an exhibition to promote gender equality. 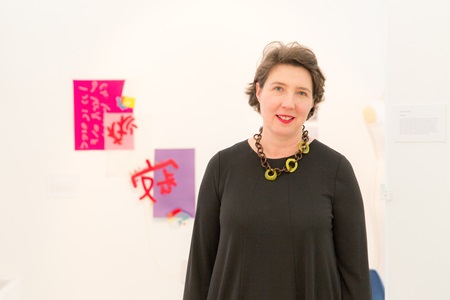 The exhibition celebrates women in academia, featuring a range of photographs from a series of publications which have been launched by RGU’s Women’s Network to profile the work and achievements of women at the university.

The ‘Celebrating Women at RGU’ exhibition will be opened tomorrow (Tuesday, March 7) by Professor Alice Brown, chair of the Scottish Funding Council (SFC), who will deliver a keynote speech at a special event on the Garthdee campus for staff and students.

Entitled ‘Be Bold For Change: Making a Difference in Higher Education’, Professor Brown’s speech will reflect on her own experiences of academic life and highlight the role that the SFC is playing to promote gender equality.

Professor Brown says: “International Women’s Day has been celebrated since the early 1900s when early pioneers were still struggling hard for women to be accepted in universities. It’s wonderful to be coming to RGU on International Women’s Day 2017 to celebrate the work and achievement of women and I’m very much looking forward to opening this very special exhibition.”

The event will also mark the launch of the third in the series of ‘Celebrating Women at RGU’ brochures, which profiles women at different stages of their career journey at RGU working in arts, business, law and social sciences disciplines.

RGU has been praised for the brochure series, receiving a commendation from the Scottish Parliament which congratulated the university for its work in promoting gender equality.

Alison Watson, chair of RGU’s Women’s Network, says: “Promoting gender equality is extremely important to RGU and we’re excited to be marking International Women’s Day with the launch of an exhibition based on our hugely successful brochure series which celebrate the important contributions women make at RGU.

“We’re looking forward to hearing from Professor Brown who will no doubt deliver an inspirational speech, helping women working right across the university identify and grasp opportunities for personal development and continued career satisfaction.”

RGU’s Women’s Network launched the ‘Celebrating Women at RGU’ brochure series in 2016 with the first edition profiling women working within the Science, Technology, Engineering and Mathematics (STEM) disciplines. It then released a second volume earlier this year which celebrates the university’s involvement in the Aurora Leadership Development Programme, which aims to develop future women leaders for higher education.

The ‘Celebrating Women at RGU’ exhibition will be on display in the Sir Ian Wood Building at RGU’s Garthdee campus from Monday, March 6 to Friday March 10 and is open to staff, students and the public.