The unique event, which is part of RGU’s commitment to gender equality, will confer honorary degrees on influential women who have made a significant contribution to society. 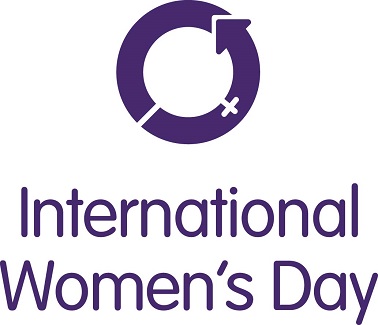 The ceremony will be held on International Women’s Day on Thursday March 8 and will see three inspiring women take to the stage at RGU’s Garthdee campus to collect their degrees.

“I am extremely pleased to have these inspiring women at RGU – they have all achieved so much in their chosen careers and we are thrilled to celebrate their achievements and inspire other women.”

Edel Harris joined Cornerstone as Chief Executive in May 2008 having previously been Deputy Chief Executive of Aberdeen Foyer. Her background is in health promotion, holding a first class honours degree in Health and Social Care, she worked for the Metropolitan Police and NHS Grampian and has significant experience in leading a commercial social enterprise and in developing new social care services.

She commented: “It is a huge privilege and honour to be recognised by RGU on International Women’s Day. I would like to offer my congratulations to the other recipients. I can’t quite believe that I am in the company of such outstanding female role models.

“I would also like to thank all the amazing women in my life who have given me the confidence to realise my ambitions and in particular my female colleagues at Cornerstone, some of whom will be attending the ceremony today.”

Alice Brown, Emeritus Professor of Politics and formerly Vice Principal at the University of Edinburgh will also collect a degree. She was a student at the university first, returning to her studies in her mid-30s for an Economics and Politics degree. She initially started work at the university’s economic department in a temporary post, however worked her way up to a full-time, permanent post in the department of politics. She was then promoted to senior lecturer and then professor and later appointed as Vice-Principal.

Upon leaving the university in 2002, she took up the position as the first Scottish Public Services Ombudsman and held this post for seven years until retirement from full-time employment in 2009. Since then she has been involved with the university in different ways: initially in her role as General Secretary of the Royal Society of Edinburgh; and as former Chair of the Scottish Funding Council, which distributes funding to universities and colleges.

Also collecting an honorary degree is Professor Sheila Rowan who is the Chief Scientific Adviser (CSA) for Scotland who provides expert scientific advice to the Scottish Government to help inform its work. Her research interests are directed at gravitational wave detection on the ground and in space. Her research programme currently includes studies of ultra-sensitive mechanical systems; investigation of materials of ultra-low mechanical loss and construction of mechanically-stable optical systems for interferometric applications.

RGU has also just recently launched the fourth in the series of ‘Celebrating Women at RGU’ brochures, which is produced by RGU’s Gender Equality Champion and its Women’s Network.

The university has been praised for the brochure series, which was launched in 2016, receiving a commendation from the Scottish Parliament which congratulated the university for its work promoting gender equality.

The ceremony will take place in the Sir Ian Wood Building, Garthdee Campus, from 4.30pm to 5.30pm.