A senior physiotherapy expert at Robert Gordon University has been awarded a prestigious honour by a national society. 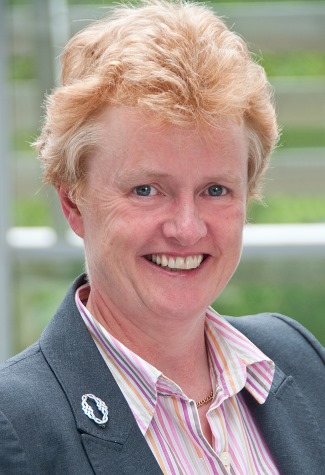 Liz Hancock, Head of RGU’s School of Health Sciences, has been selected to receive a Fellowship of the Chartered Society of Physiotherapy (CSP), the professional body and trade union for physiotherapists across the United Kingdom.

Fellowship is the highest award that the society can make to individuals, and Liz is being recognised for her outstanding contribution to the development of the profession in Scotland through her leadership of the CSP Scottish Board and her continuing innovation in physiotherapy education.

Liz has a longstanding commitment to the Scottish Board, having joined in 2002 as an education representative and being elected to the position of Chair from 2007 to 2016.

During her tenure, she reviewed and restructured the Board to ensure its membership was inclusive of all sectors and reflected the physiotherapy across Scotland. The impact of her work has been increased effectiveness, a closer relationship with the Scottish Government and a thriving Board with active young members continuing to promote and develop the profession into the future.

Over the course of her time as a leader in physiotherapy at RGU and Head of the School of Health Sciences, Liz’s efforts were fundamental in developing the first pre-registration physiotherapy Masters level programme, which was the first in the UK to receive recognition from the CSP and the Commission for Accreditation of Physiotherapy Education (CAPTE).

Liz would then lead the creation and innovation of RGU’s Doctoral qualifying programme in physiotherapy, another first in the UK, which enabled the university to retain accreditation by CAPTE.

Under her leadership, the School of Health Sciences has grown into a leading multi-discipline department and its physiotherapy courses have recently been ranked as number 1 in the UK University Times Subject Ranking 2018.

Speaking on her fellowship, Liz said: “I am delighted and flattered to have been awarded this honour by CSP, a body I have had a long and productive relationship with.

“I would like to thank all my colleagues for their support, dedication and commitment over the years, without which I could not have reached the levels I have in my career.”