The Scottish Law Commission has launched an attempt to introduce more control over the ‘Wild West’ of social media, where anything no longer goes. Its new proposals put forward a number of important changes to the Scots law of defamation, reflecting the growth of the Internet and social media over the last twenty years. 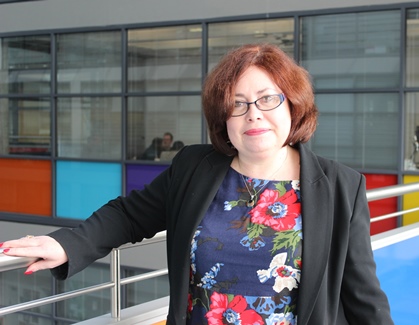 These changes recognise how quickly defamatory statements can spread through social media and the absence of editorial controls online, meaning that the potential for damage is high. It is claimed that the changes are the most substantial proposed reforms of defamation law in Scottish legal history, making it ‘fit for the Internet age’.

To an extent, the law is playing catch-up with the Internet. Anyone who has used social media, and in particular Twitter, must be aware of the vast amounts of malicious and downright abusive material published online every day. The anonymity apparently afforded by social media means that people feel free to engage in offensive behaviour that few would dare to undertake in the real world. In 2016, Jack Dorsey, the CEO of Twitter, acknowledged the harassment and misuse that takes place on this service, including racial abuse, contempt of court, libel and death threats, and the failure of Twitter to deal with these issues.

Earlier this year, the English High Court issued a guide to Twitter as part of its ruling on the libel case brought by the food writer Jack Monroe against the columnist Katie Hopkins. The judge, Mr Justice Warby, said that, while Twitter was widely used, not everyone knew the details of how it worked. In this case, Jack Monroe was awarded £24,000 in damages after suing Hopkins for tweets in which she implied that Monroe had defaced a war memorial. Hopkins had confused Monroe with another writer. Despite Hopkins deleting the tweet and explaining that it had been a case of mistaken identity, the judge found against her. In her defence Hopkins tried to claim that Twitter was like the Wild West, where anything goes, but this is increasingly becoming untrue.

One interesting aspect of the proposed changes to the Scots law of defamation is that only the originator of an online statement should be sued, not anyone who repeats it, for example in a retweet. Whilst this is probably a sensible approach at managing the workload of the courts, it might be argued that it is only through retweeting that a libel is allowed to spread so far and so fast.

Lord McAlpine certainly thought this in 2012 when he threatened to seek damages from a number of high-profile Twitter users who retweeted false reports linking him to sex-abuse allegations. In the event, he only sued the originator of one tweet – Sally Bercow, wife of the Speaker of the House of Commons John Bercow. The case was settled at the High Court with Bercow agreeing to pay undisclosed damages and apologising for her irresponsible use of Twitter. In addition, McAlpine reached an agreement with the writer George Monbiot, who had tweeted on the case, and the comedian Alan Davies, who had retweeted a tweet making the connection between McAlpine and sexual abuse. Davies agreed to pay damages and apologised for his irresponsible use of Twitter, warning about the perils of retweeting, while Monbiot agreed to carry out charity work as compensation.

In this case, Lord McAlpine evidently considered that the retweets of prominent Twitter users, who were also influential offline, were as damaging as an original tweet. It is here that the proposed changes to Scots law might be problematic. One could imagine a future case where the libellous tweet of someone with a small number of followers was only spread widely because it was retweeted by someone with a much greater number of followers. Under the proposed reforms, the influential retweeter would be likely to escape court action. The Scottish government has pledged to examine the Commission’s proposals thoroughly, and it will be interesting to see its response to this issue.