Researchers from Robert Gordon University (RGU) in Aberdeen have taken to Twitter to find out exactly how football fans express themselves. 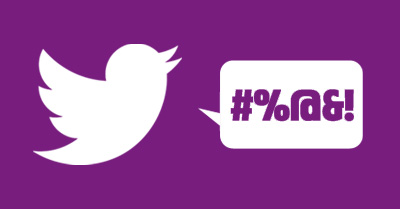 The study, which analysed tweets about English Premier League matches over three consecutive weeks, was carried out by Dr Emma Byrne and Dr David Corney and found that more than one in 20 tweets from football fans contained swearing.

However, despite often being negatively branded for their colourful use of language, the study showed that fans were more likely to swear in a positive context than when something goes wrong in a match.

“It’s no secret that football fans like to swear,” said Dr Byrne. “But what’s surprising is how and why they swear. For example, we found that fans are even more likely to swear when something great happens – when their team scores a goal, for example – than they are when something bad occurs.”

Something else that might surprise the casual fan is the extent to which diehards swear about their own team.

“We found that Liverpool fans in particular were fantastic for this.” said Dr Byrne, a casual Red, herself. “Even when they’ve just scored, Liverpool fans always find something to gripe about.”

Examples of this phenomenon can be seen in tweets like these:

“Luck as f**k goal but I’ll take it after that Sterling miss. #LFC”

“Even though its an own goal we deserve the lead. Dominating the match but how sh** is Joe Allen, seriously #LFC”

The research is to be presented on April 1, at the Association for Computing Machinery’s International Conference on Multimedia Retrieval as part of the first International Workshop on Social Multimedia and Storytelling.

Dr David Corney, Senior Research Fellow at RGU’s Innovation, Design and Sustainability (IDEAS) research institute, said: “There’s a serious side to this research. Sentiment mining – the attempt to understand what emotions people are expressing in their online social networks – is huge business.

“Until now, many sentiment miners had taken the rather naïve view that swearing is always a sign of anger or frustration. Our research shows that this is not the case – that swearing can also be an intensifier that is used at times of elation or excitement.”

For example, this U.S.-based Liverpool fan tweeted the following:

“I NEVER get to see #LFC and the #Oilers win on the same day but I’m feeling good about it today. Don’t let me down you f**ks. #f**ks”